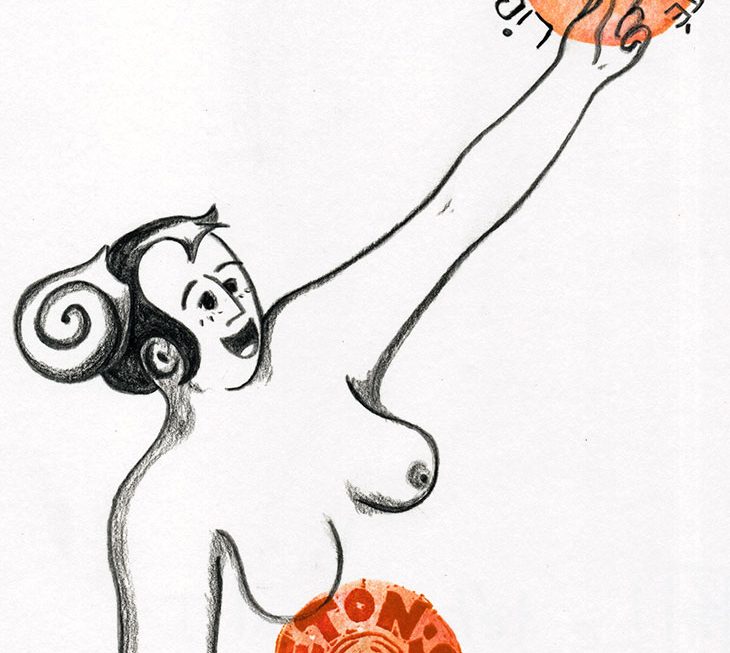 Proposal for a new Marianne: feminist and decreasing. Drawing made in black pencil and engraving (eraser stamps). My “Marianne” will be present at the 2022 International Biennale of “Small Paper Format” in September in Nismes (Viroinval, Belgium) and in October in Charleville-Mézières (France). Also present in the May 2022 issue of the “Petit Pangolin Illustré” […] 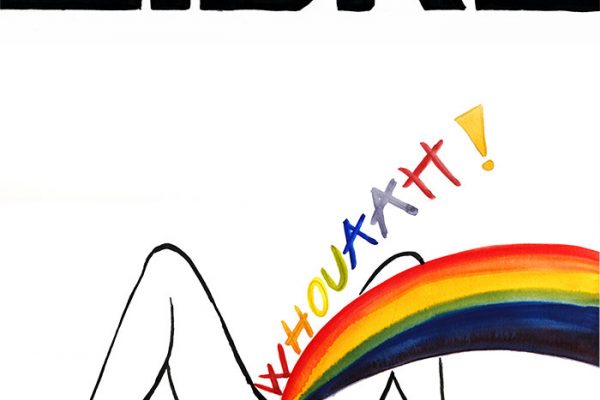 Many thanks to the “Petite Fanzinothèque Belge” and especially to the team of the “Petit Pangolin Illustré” for the colored double page on work done during the workshops at Vie Féminine of Huy, the Cultural Center as well as those of the class secondary school of the Institut Sainte-Marie de Huy. This publication follows the […] 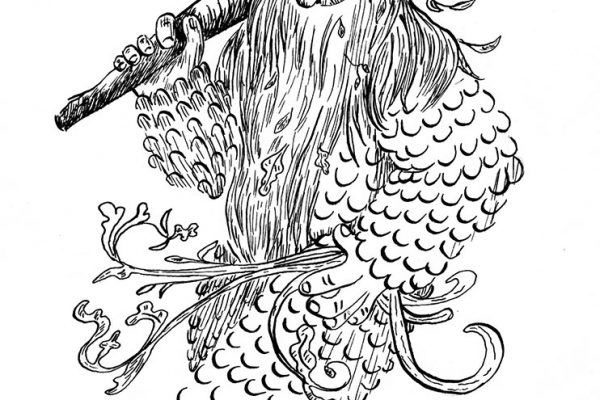 Based on an engraving by Bruegel the Elder. A future character for a tale “The end of the ogres”. 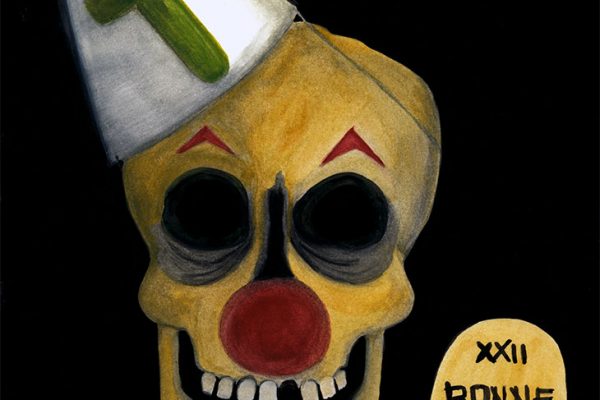 For this year, don’t let ourselves be defeated because who does not laugh, does not live. 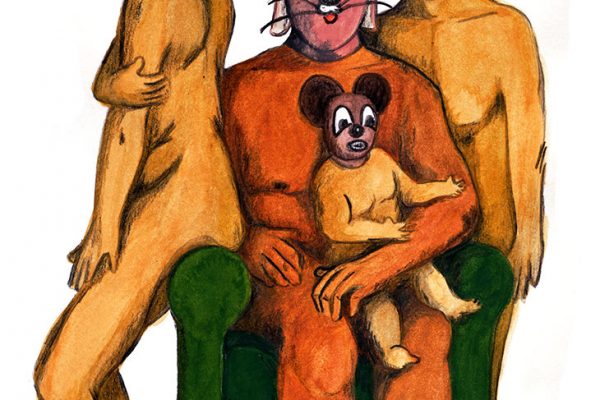 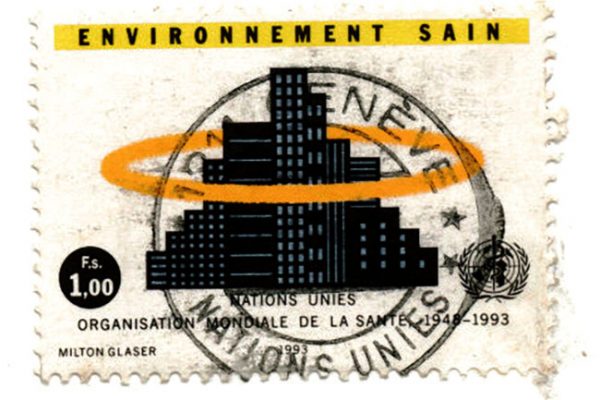 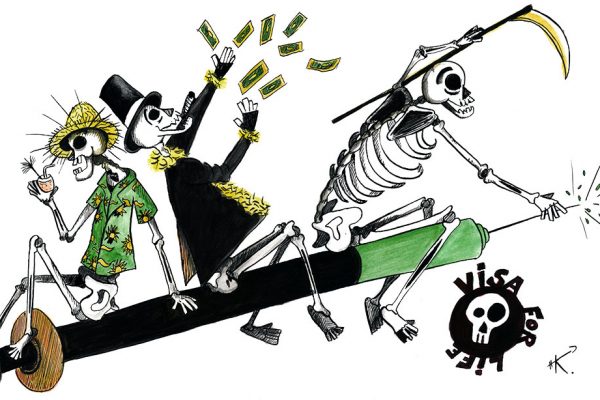 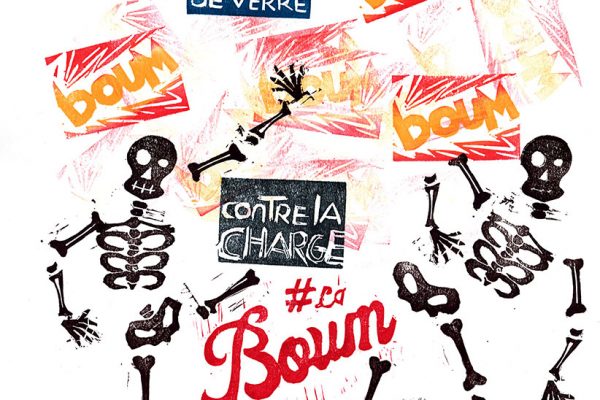 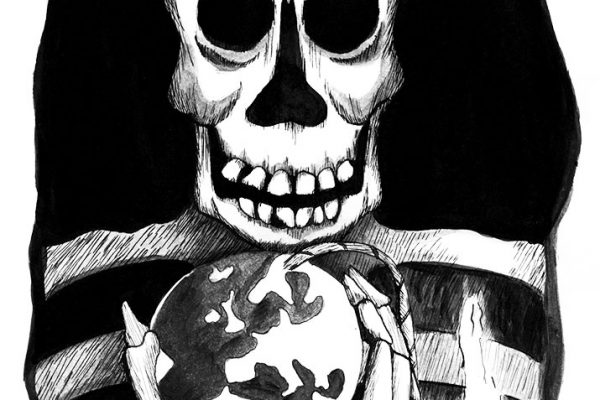 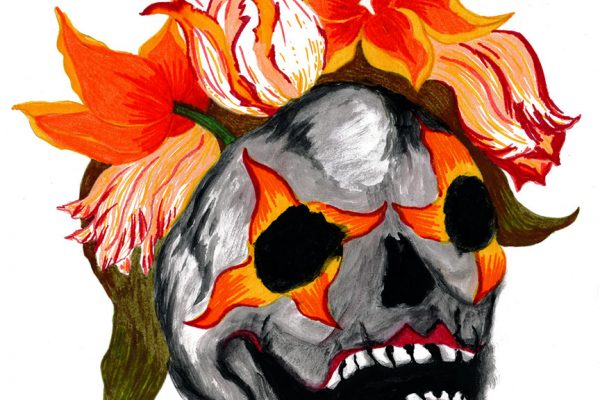 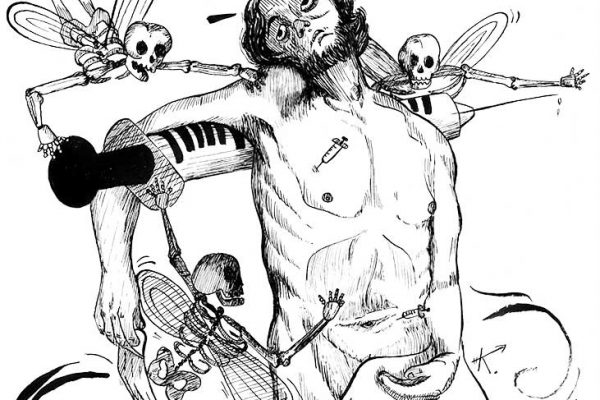 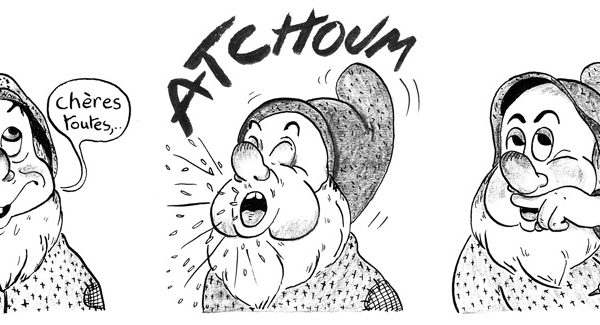 Dear all, I love you. Small publication in “Le petit pangolin illustré” of december. 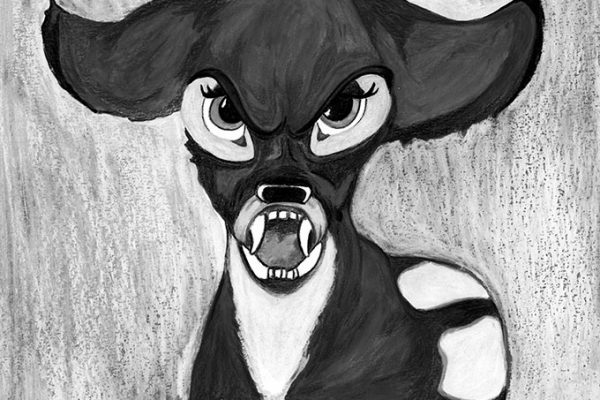 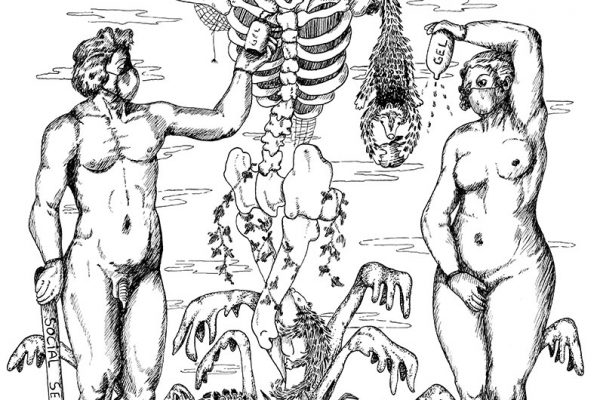 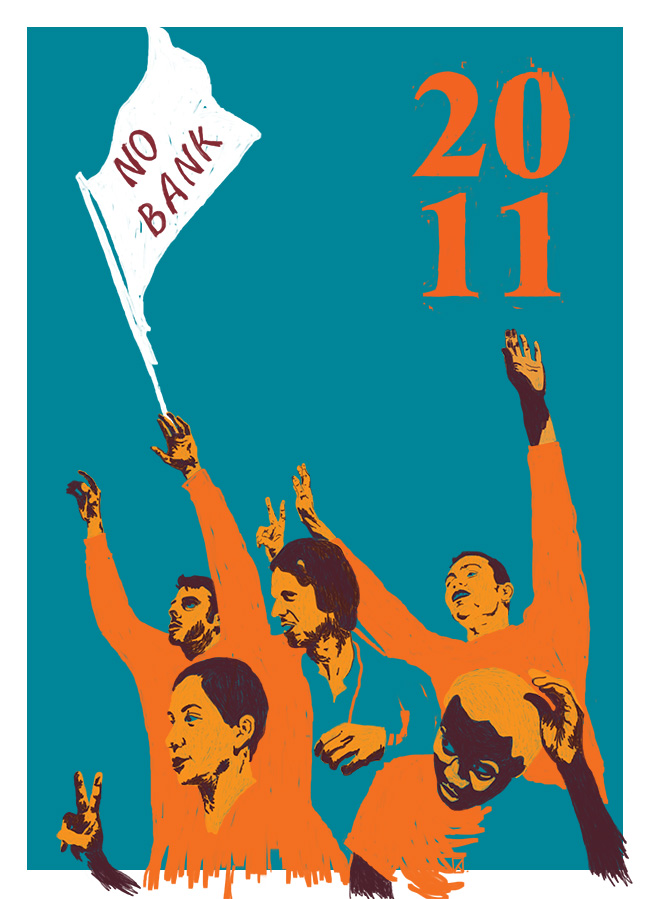 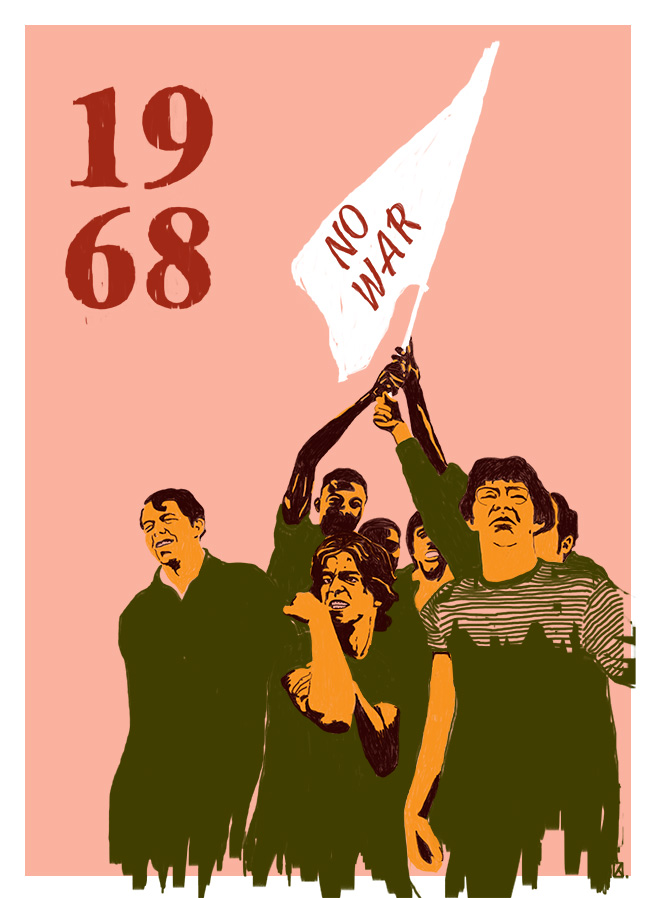 Illustration for the last special issue of Kult Magazine (48 FM). August 1968, Chicago, demonstration of the Yippie movement and American students against the Vietnam war at the Democratic Party Convention. Yippie or Youth International Party was an anti-authoritarian and libertarian political party created in the United States in 1967. From a photograph of Julian […] 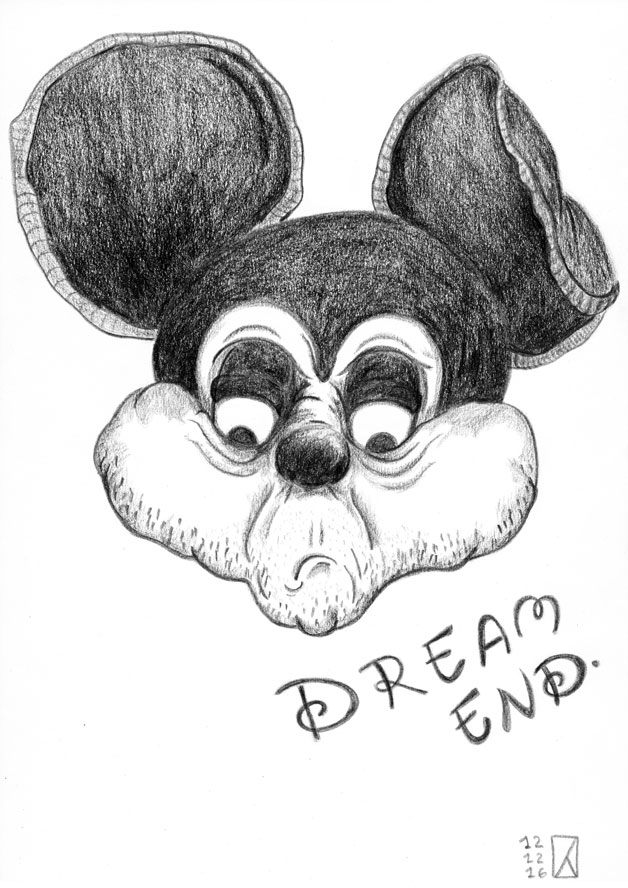 Illustration realised in 2016 but published for the last special issue of Kult Magazine (48 FM), 2018. 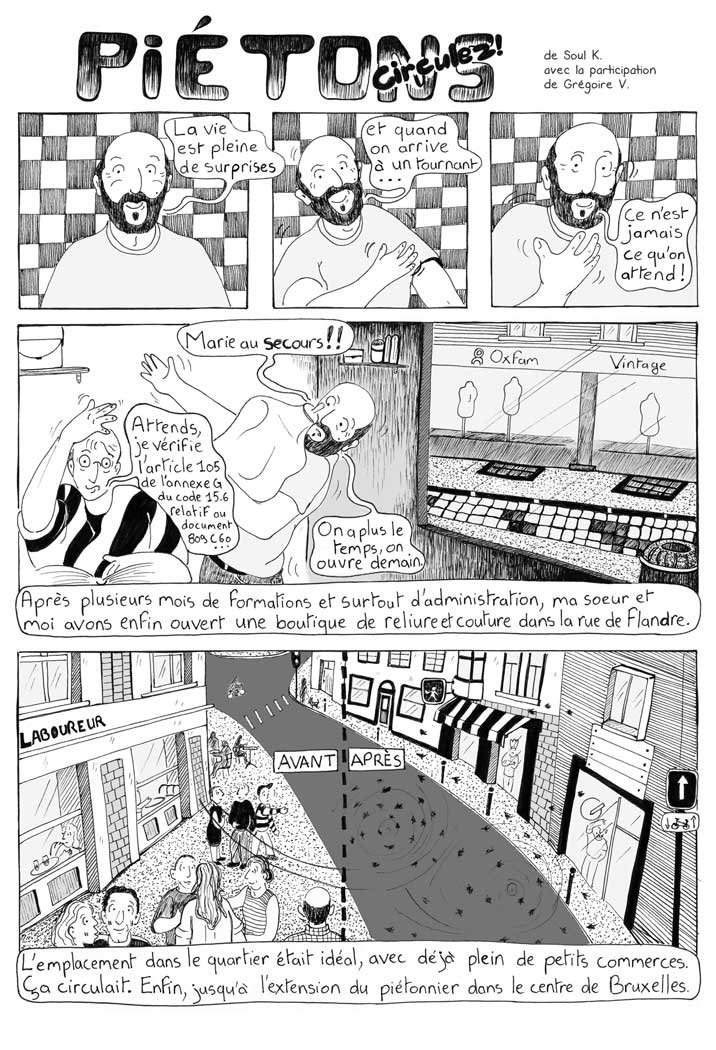 Comic documentary essay on the pedestrian Brussels of 6 black and white pages, for the C4 magazine, summer in 2016. 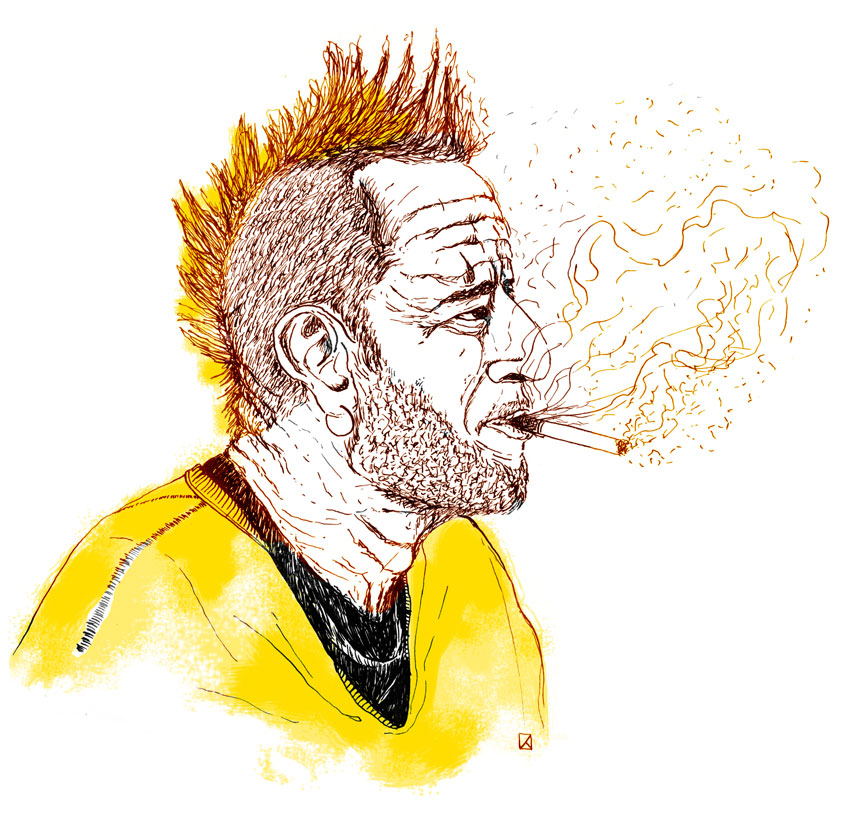 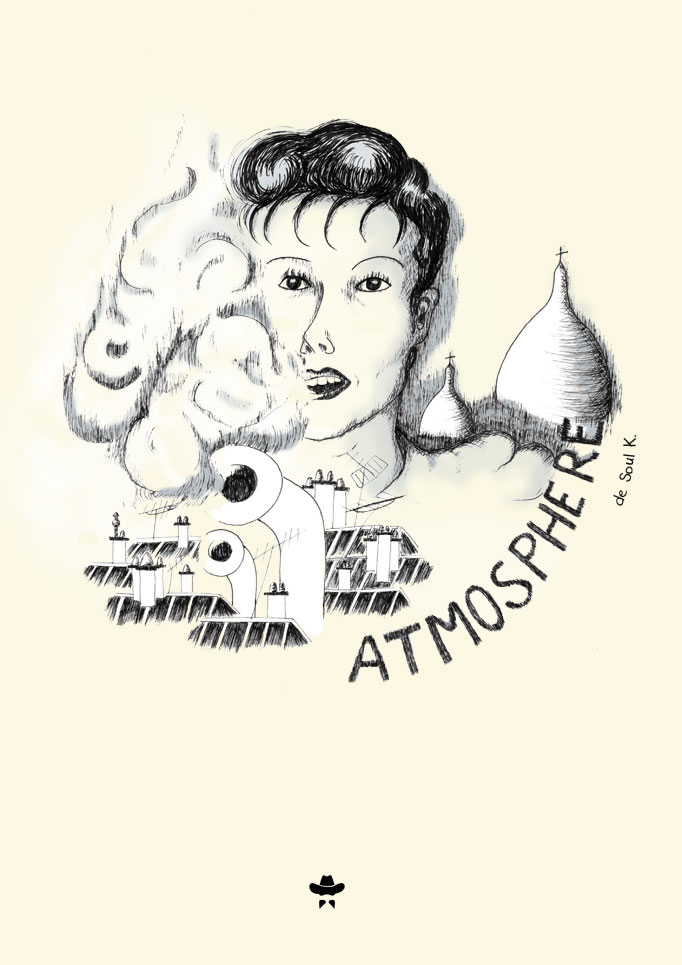