“Je veux pas mourir avant d’être morte” : I don’t want to die before to be dead.

The french orignal title of the work comes from a quote Jacques Deray’s film, “The disease of love” (La maladie de l’amour), released in 1987. A replica of Nastassja Kinski (Juliette) to Michel Piccoli (Raoul Bergeron) translating her desire to not pursue care against Hodgkin’s disease, that is growing rapidly in her body.

I haven’t seen the film, however, this strong and transgenerational replica belongs to everyone whose will to live is more absolute than the death.
By engraving this replica on Tetra Pak, fragile support, and subjecting it to the repeated pressure of the press, as well as a rough inking, is played a struggle between resistance and survival of the material. Letters then words gradually disappear by friction, wear, before finishing on the last layer of cardboard, emptied of all expression. Thus, from the first to the last printing, a whole existence leaves its imprint, with sometimes visual bursts of deep black, illuminating like a rage at the time.
-A total, 42 prints made in August 2019, all different in their wear but identical in the approach, format 38 x 30 cm on Zerkall 250g paper.- 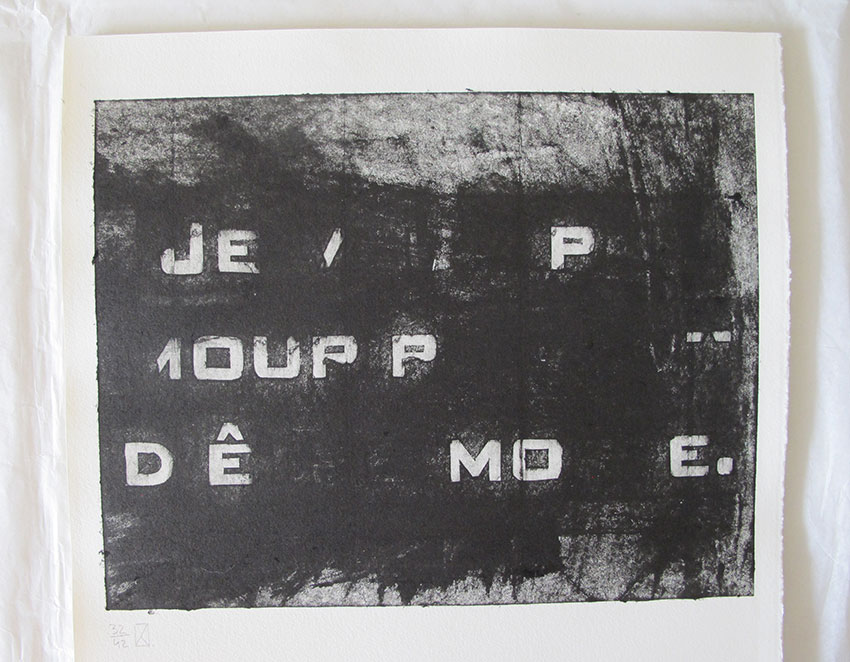 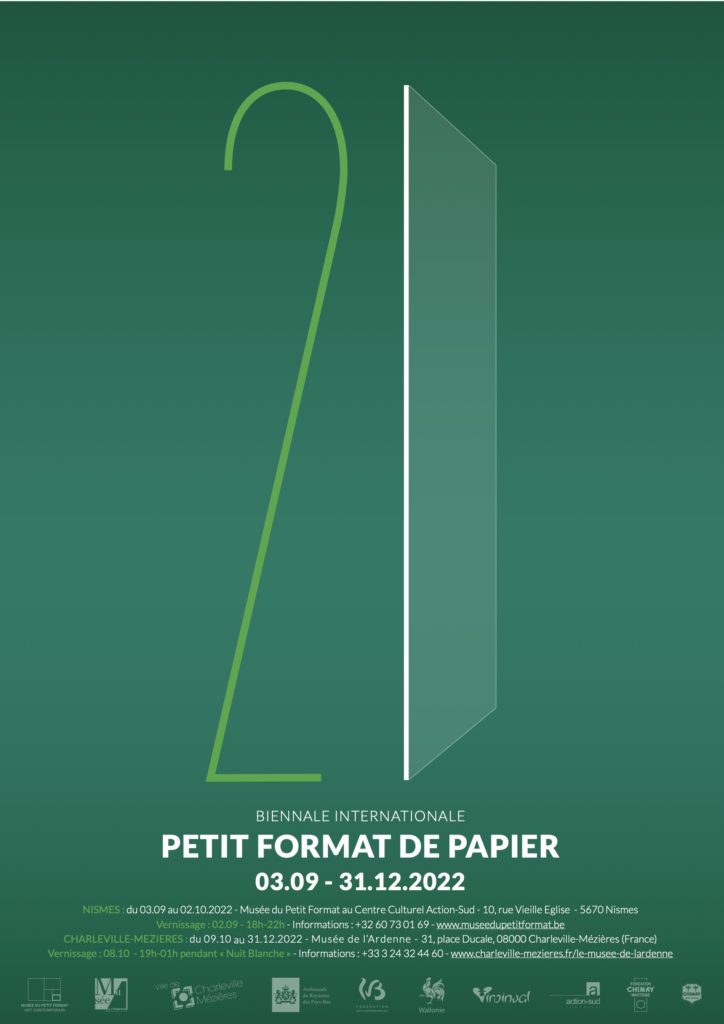 Second exhibition of International Biennial of ” Petit Format de Papier ” with many other artists.